The fast improving technologies of the 21st century have shown us that even the cruelest wars in the world can be a source of fun. After the September 11 attacks starting after the gulf war, the target points set by Afghanistan and Iraq were attacked by improved technologies. Sitting in our comfortable armchairs, we watched the bomb attacks on civil people just like a fireworks display or a video game.

There happened big wars, invasions and losses in the past, yet none of them has been so showy and simultaneous. The basic feature that made this war different war from others was that entertainment and fighting were mingled. The war news in the commercial platform was presented in an entertaining and attractive way by media. The events being experienced were broadcast live for 24 hours nonstop just like reality shows. Something very interesting happened at this point. The concepts of reporters and fighters replaced each other. Most of the images were sent through the cameras placed on the waists of soldiers and armored vehicles rather than reporters. Thus, for the first time in the world, the audience viewed the image before the war.

In her book called “Regarding the Pain of Others,” Susan Sontag says that “since the invention of camera in 1839, photograph became a friend of death.” Today, photography has befriended with the capital. Today, rather than experienced reporters, those who can use technology effectively are sent to the battle field. This is because it is the numbers rather than news that are important for media (The losses, the cities destroyed during the war are narrated by the media as numerical data. The civil people killed and the places burnt down have been transformed into numerical/digital codes. It is as though the only evidence of wars is the numbers. The number of civil deaths has increased and the strategic value of the places invaded has changed. The places captured in media by opponent powers are displayed in graphs that show their accomplishments.

This wondrous game that covers all the world has only been turned into numbers and been advertised through the entertainment culture. After all, what is sold is not the reality of war but its attractive appearance.

Looking through the eyes of the audience, it is as if these wars of the 21st century have not even been experienced. The war scenes on televisions have influenced the audience like a drug. It is assumed that the war is going to halt when televisions are turned off. Real wars have gone on under the shadow of virtual ones. The real name of these wars taking place in the backstage of many countries is “Capital Wars.” In other words, real wars have turned into a folding screen. In this respect, it can be said that real wars (or actually virtual wars) no longer happen through guns and weapons.

Virillio notes that one of the reasons why the USA rule attacked Iraq on 10 February, 1998 was the winter Olympics that took place in Japan. This was undoubtedly because war went on ceaselessly together with capital. Virillo comes up with such a inference:

“…thus television viewers would not be surprised by the uncomfortable scenes of the Gulf War while they were watching the Olympics with enthusiasm. They would not need to zap between different channels, which would not give harm neither to the sponsors of winter Olympics and those of the wars.”

This was what happened in reality. The war broadcast on television maintained its stream and attraction. And it appeared as if it was an ordinary broadcasting stream that was never interrupted. It was as though war had no difference than other consumption products. Wars turned audience into a virtual game player through its aesthetics.

If we need to define the concept of term, we can define it as a process that again and again recreates itself. The previous and traditional definitions of war are no longer true. Rather than military forces, wars took place through systems of command and control information (cyber war), psychological operations (the broadcasting streams) and the (online and multimedia) flow of information in cultural and social spaces.

The terrifying facet of war has turned into a war scene to be watched in the 21st century. It is as if a techno-display is going on in a sterile environment purified of physical pain and senses. Television channels and online broadcasting have broadcast the weapons fired and the bombs launched at night like a firework display and with images looking like a Christmas tree. Thus, they have attributed some sort of beauty to weapons and guns. (De Lappe says that with these war scenes being faced, “The game exists as a metaphor. They do not want us to see the massacre and the coffins taken to houses. War has been sterilized for us.”)

Another aspect of virtual wars is the consumption of delight and indulgence. Wars have been coded in this way with a supernatural industry of cinema and games. These virtual images pull reality behind the stage when they are combined with war scenes. Thus, no distance is left between the pilot focused on the target and the audience focused on the screen. Virtual Wars have been a new way of realizing military fantasies in the 21st century.

Casseirer notes that: “Human beings live in a symbolic universe rather than a completely physical one. Religion, art, myth and language are some of the links that compose this universe.”

Today, these social, artistic, religious and political bounds have been carried to a virtual world. Words no longer have metaphorical meanings and visuals do not have symbolic counterparts. None of digital signs represent or reflect a reality beyond themselves.

The same transformation has been experienced by war scenes. They have turned into a system of signs that have no relation with the war itself through improved technology. Signs of war have been replaced by codes and image patterns.

The enemy is no longer the other. War has turned into a scene where individuals are joint criminals with military and civil information in an electronic platform. The good and bad men have turned into common dark points on this illuminated digital surface. War and freedom no longer have independent meanings. In virtual wars, the goal is no longer to invade a specific piece of land but to appear on these lands as uncanny figures.

Every war has created its own viewers throughout history. Therefore, the wars of virtual people have started to take place in virtual environments. In the wars of virtual people, wars have maintained themselves ceaselessly and they have replaced reality. The emotional numbing and exhaustion created by extremely real images turn into the most permanent scares on the individuals who watch these wars… 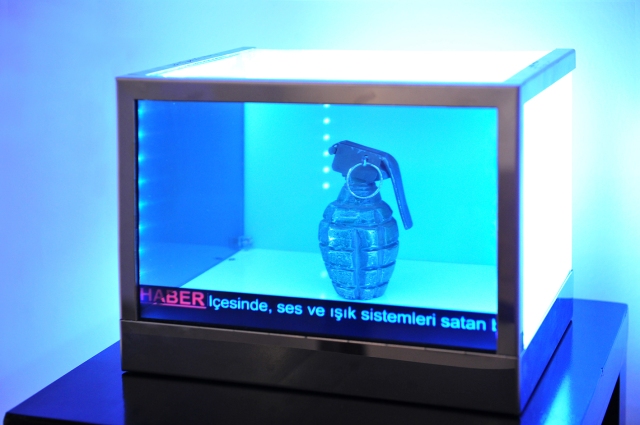 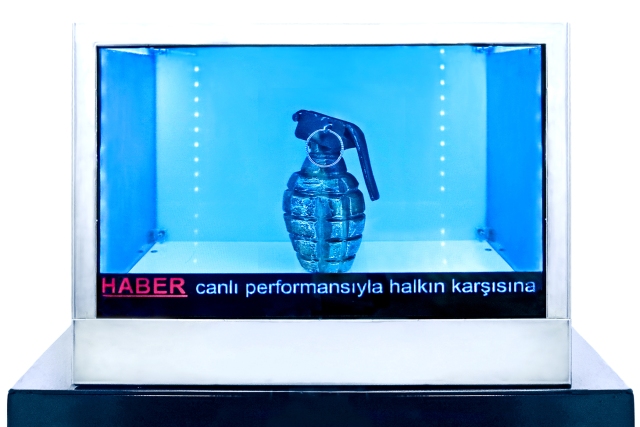 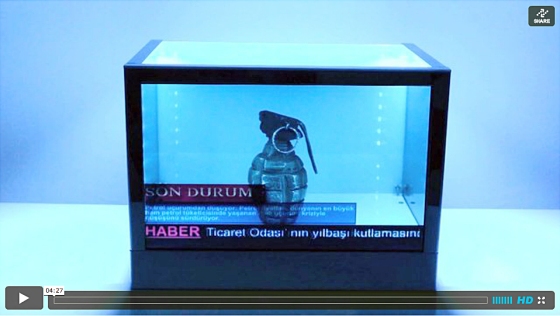